Homily for the Fourth Sunday of Lent

As we continue our walk with St. Joseph during this Lenten Season, let us begin with a verse from today’s Gospel: “Whoever lives the truth comes to the light, so that his works may be clearly seen as done in God.”

Pope Francis writes: “St. Joseph was a carpenter who earned an honest living to provide for his family. From him Jesus learned the value, the dignity and the joy of what it means to eat bread that is the fruit of one’s own labor. In our own day, when employment once more becomes a burning social issue, and unemployment at times reaches record levels even in nations that for decades have enjoyed a certain degree of prosperity, there is a renewed need to appreciate the importance of dignified work, of which Saint Joseph is an exemplary patron….Working persons, whatever their job may be, are cooperating with God, and in some way become creators of the world around us.”

An American Indian tells about a brave who found an eagle’s egg and put it into the nest of a prairie chicken. The eaglet hatched with the brood of chicks and grew up with them. All its life the changeling eagle, thinking it was a prairie chicken, did what the other prairie chickens did. It scratched in the dirt for seeds and insects to eat. It clucked and cackled. And it flew in a brief thrashing of wings and flurry of feathers no more than a few feet off the ground. After all, that’s how prairie chickens were supposed to fly.

Years passed, and the changeling eagle grew very old. One day it saw a magnificent bird soaring far above in the cloudless sky. Hanging with graceful majesty on the powerful wind currents, it soared with s 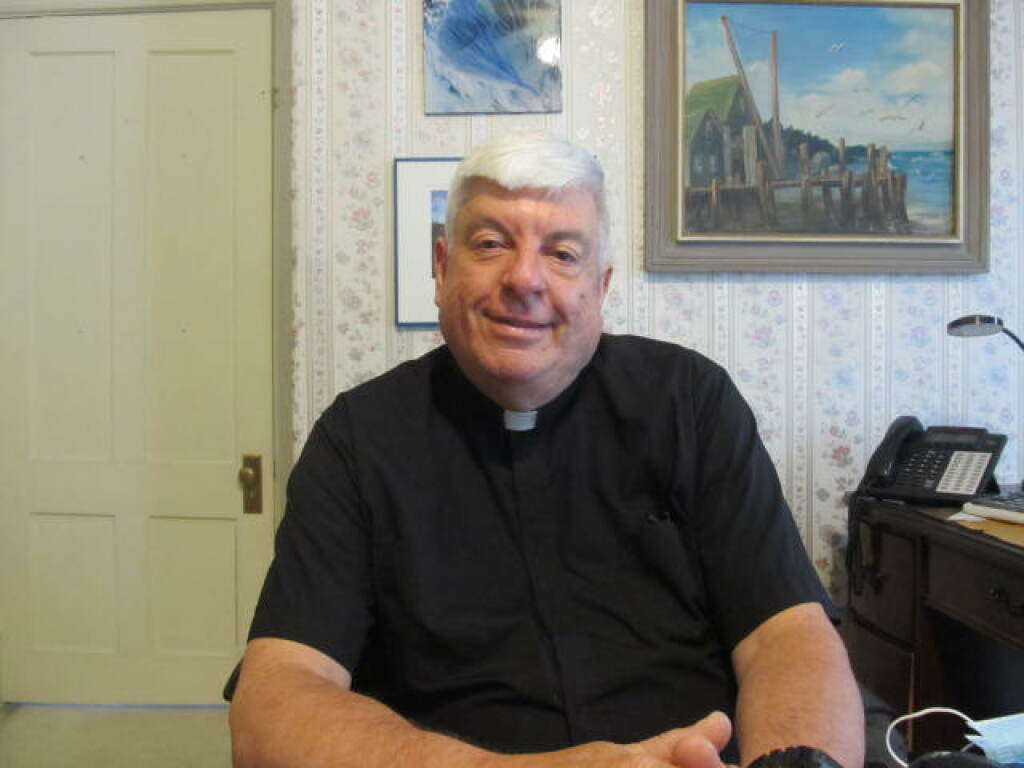 carcely a beat of its strong golden wings. “What a beautiful bird!” said the changeling eagle to its neighbor. “What is it?” “That’s an eagle—the chief of the birds,” the neighbor clucked. “But don’t give it a second thought. You could never be like him.” So the changeling eagle never gave it another thought. And it died thinking it was a prairie chicken.”

They say for children to flourish when they leave the nest, they need to have both roots to give them a firm foundation, and wings to be able to navigate their way into the future. St. Joseph, the worker, the just man, provided roots and wings, dignity and a sense of satisfaction, as examples for the young Jesus. Jesus could then bring his message and show the way, with authority and a sense of purpose, using images from everyday life that spoke to people who often felt left out and shut out, enabling them to believe that they, too, were God’s children. And we, as his followers, are called to enable and empower others, helping them to soar like an eagle—especially if they’ve been beaten and battered down to think they’re prairie chickens+